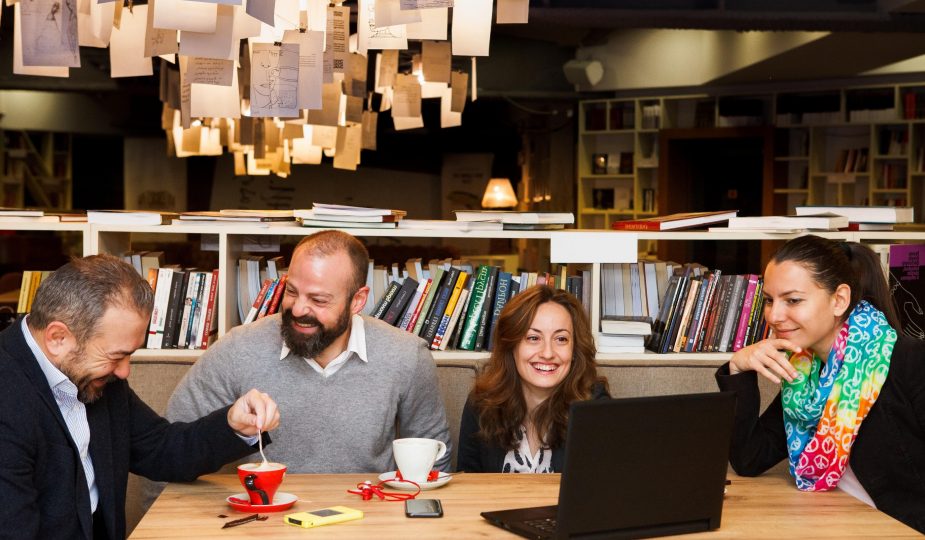 The agony on his face was palpable as he reached for the next pull-up. At that point he was struggling for air, his body was getting numb and heavy, his arms were aching, and his muscles were throbbing and quivering. He was fixed on his goal, but it seemed so out of reach. Though the urge to give up was immense, he did not do it. 15 long and grueling hours later he reached his target –  10 000 repetitions of pull-ups, push-ups and squats.

“I do not know pain. Pain is the piercing spoken word faggot, fat ass, useless, weirdo, gay. Pain is the fear of facing a bully alone. Pain is when everyone watches, and no one helps.” These are the words and actions that he dedicates to everyone that has ever been called all those slurs that a queer person dreads being labeled as. But he also wants to let these people know, that they are not alone. His name is Ivan Dimov, and he is the founder of Bulgaria’s first LGBT+ support organisation.

“I do not know pain. Pain is the piercing spoken word faggot, fat ass, useless, weirdo, gay. Pain is the fear of facing a bully alone. Pain is when everyone watches, and no one helps.”

Born and raised in a small provincial town, Ivan (pictured second on the left) dreamt big, and before long he travelled to US where he was educated. He saw the big city lights in New York and got a job there as an investment banker for a long time. He was living the American dream, and never imagined he would one day go back to his homeland. On one occasion, he was on holiday back home, and little did he know that an encounter would change his life completely.

“I was at a party and I was approached by a young lad. I did not know him, but he was visibly distraught. He asked if we could have a chat. He confided that he had come out to his mother as gay. She then took him to a psychiatrist, who said: ‘Don’t you worry, I will fix you.’ He was so traumatised by that, he thought that he was ill. He had gone on to leave home and attempt suicide.”

Gnawed by thoughts, Ivan returned to the Big Apple. His everyday life continued, but his mind was still occupied by the story of the boy. At that time there was no support whatsoever for LGBT people and their parents in Bulgaria.

“Our objective since the beginning has always been being open to everybody, even people outside of the LGBT+ community. We knew that the only way to have a profound change in the way of thinking of other people was to be inclusive, even to them.”

“I talked to some of my friends, with a similar career paths to mine – successful bankers, entrepreneurs, etc. We decided to do something about the situation. Initially I did not want to go back to Bulgaria and wished to help from abroad. However, to achieve something, I realised that a new organisation needed to be founded, so I was compelled to go back and do it myself.”

Combining his passion for sports and cross-fit with his newly-found purpose, Ivan started a fundraiser and raised awareness by participating in 12 marathons over a period of 12 weeks or just over 300 miles. Starting in Helsinki, in August 2016, he went on to participate in Reykjavik, Dingle, Tallinn, Oslo, Berlin, Lisbon, Sofia, Amsterdam, Venice, Dublin and Athens. Months later in December, he founded Single Step, an LGBT+ support foundation.

“My team and I knew that our top priority would be helping LGBT+ youth and engaging their friends and family. The first thing we did was form a team of volunteers, who are very devoted to the cause for various reasons and their work has been very whole-hearted. A psychologist also approached us and has since worked with us, and she has also been very passionate about the work.”

Since October 2017, Single Step have started an online chat line which works every evening and they have had more than 500 people from all over the country reaching out for support. A month ago, they also opened up a hotline that is predominantly aimed at parents.

“That is the chance for them to talk to someone and get professional support, and to confide whatever bothers them. It is all done anonymously, and we keep their information confidential and our volunteers have been exceptionally good at building trust with the people reaching out to us.”

Opening a space in the capital city is Single Step’s top priority right now. Their plan is to build a space for LGBT+ people, which will act as a safehouse where they can get help, meet other people for chats, as well as hold social events such as art exhibitions.

“Our objective since the beginning has always been being open to everybody, even people outside of the LGBT+ community. We knew that the only way to have a profound change in the way of thinking of other people was to be inclusive, even to them.”

“Each person is a mixture of different things, ideas and interests and it is great to find similar traits with young people. We seek the common things in our differences and that is how Single Step and I try to connect with audiences.”

Because of this inclusivity and the positive message, they are sending, the organisation has been able to get many partners and supporters from all over the world, ranging to businesses, sporting companies, many of which Ivan describes as “unexpected allies.”

According to him, while homophobia is still very present in the country, ignorance is at the core of the whole issue. “Because of that, many people are afraid of being themselves. There is also a lot of stigma around the whole community, and that is why at Single Step we try to give them the confidence to be themselves. We would never encourage everyone to come out of the closet which is just not right, as our approach is always tailored around a person’s story and situation.”

For this reason, the website has a lot of resources, including real stories from people, and a lot of information regarding sexual health, HIV, mental health and even a glossary. As currently there is no concrete sexual education, or a safe space for LGBT+ students in schools, Single Step also has an online forum for sharing ideas for forming more GSA (“Gay-Straight-Alliance”) clubs, as the only one currently existing on the whole Balkan Peninsula is the one at the American College in Sofia.

Through telling the stories of people, Single Step hopes to debunk stereotypes and challenge the perspectives of people. Their latest project is a video branded ‘Be yourself’ which will be released at the end of the month. It will feature a team of professional parkour performers from all over the world and it will act in Ivan’s words as a huge motivation to young LGBT+ people.

“I think the video will have a lot of impact because of the emotions and personality of the people that took part in and the overall positivity, and it was very surprising and uplifting to see that people from outside care about our little Bulgaria.”

For the future, Ivan hopes that his Single Step project expands all over the country, and that they will bring about a change in the way of thinking of the people vie telling real, positive stories, and that one day, LGBT youth will not feel left out.