Home Love and SexFans and fiction: why people turn to the internet for LGBT+ representation 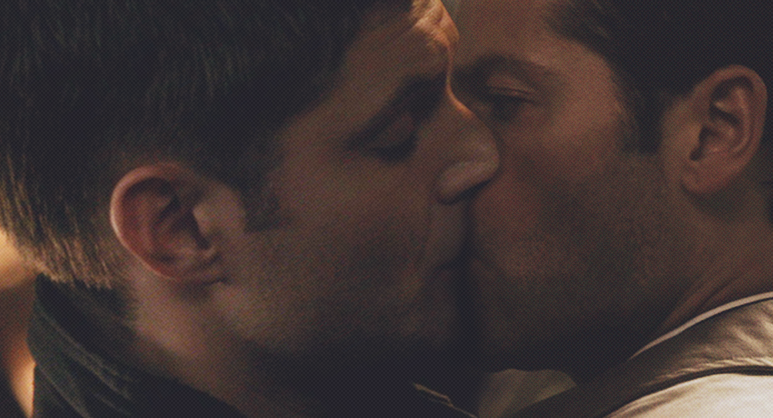 From a distance, fanfiction can seem a little strange. Thousands of people flock to the internet to read these strange publications, to share theories and ideas and fleeting thoughts. They write and rewrite over and over, taking their ideas from the canon material or from one another. What if he hadn’t frowned as he said that? What if she had figured it out earlier? What if, God forbid, he had decided against wearing a bowtie that morning?

And then there are those fics which are more obscure. They take the characters with which their readers are so familiar, and they dump them somewhere else entirely. Famous 20th century American couple? Now a witch and a warlock, cursed to never be together; rival tattoo artists; a firefighter and a college student with a penchant for burning popcorn.

But people aren’t just writing about the couples we see on our screens. They’re creating their own couples. And these couples? They are overwhelmingly LGBT+.

Harry Potter falling in love with Draco Malfoy; Supernatural’s Dean with his angel sidekick Castiel; Fry from Futurama alongside Bender, a robot from the year 3000; Captain America fighting to save his one true love, 70-year-old Bucky Barnes, once presumed dead but now a brainwashed spy for communist Russia.

There is no couple too bizarre, no plot twist too shocking. Every scene of a show spawns a hundred “what-ifs,” every chapter of a book a thousand questions. Take Glee, which, in its heyday, was something of a cult TV show. It centred around a group of friends in a show choir, focusing primarily on on-again-off-again couple Finn and Rachel. But of the 107,000 stories published under the Glee tag on fanfiction.net, just 6.2k feature the two of them. Kurt and Blaine, Santana and Brittany, Rachel and Quinn – these queer couples (some canon, others not quite) make up the majority of the site.

But why is this happening? Why are so many people writing (and reading) these fics? Tumblr is often renowned as the home of fandom, so it was the logical place to ask. And wow, did they answer.

As it turns out, people are really passionate about their fanfiction, and for good reason.

For some, it’s simply a form of exploration. Avid reader abooandabear explained that she writes to satisfy her own imagination, to explore her thoughts, and fanfiction makes this a little easier:

“The main advantage is that an ‘image’ has already been cast in stone – a picture of the character, the place, the ‘universe’ which the character came from,” she said. “This helps in furthering the imaginations of any writer.”

“The main advantage is that an ‘image’ has already been cast in stone – a picture of the character, the place, the ‘universe’ which the character came from,” she said. “This helps in furthering the imaginations of any writer.”

It certainly is the case that there is less worrying about characters’ backgrounds, no need to bog the reader down in details about hair colour and the shape of a pair of eyes (almond, why are they always almond shaped?). Even in the case of AU works, certain details remain the same. There is usually a safe assumption that your readers will know a fair amount about the canon material – the key plot points, the major characters, the favourite moments.

But the freedom to express your thoughts has given fanfiction authors more than just the chance to rewrite a few scenes. It has given them the power to create – entire worlds and plotlines that they would otherwise have been deprived of.

One Tumblr user, who wished to remain anonymous, credits fanfiction with filling in the gaps left by the mainstream media: “I read fanfiction because it has the potential to be even better than the canon story. Hollywood and the media hardly do enough to represent LGBT+ relationships and it’s upsetting. Recently we got a lovely movie called ‘Love, Simon.’ As nice as it was, it was centred around being gay. This in no way normalizes it.

“Sappy love stories and movies are generally based around heterosexual relationships, or just aren’t good relationships at all. Within shows and movies that aren’t quite meant to contain a romantic relationship, a lot of chemistry can spark up, and the fandoms see it. So, we read, we write. Because if the canon story can’t give us what the story itself deserves and needs, then we’ll fix it.”

They’re certainly not alone in feeling this. Farah says that she reads to fill in the gaps that are often left by canon material: “I read fanfiction when I feel the need to know more about a story or a characters. Fanficiton provides detailed character studies about y favourite character in a way that movies don’t usually have time for, because they are ony given 2-3 hours to tell their story.

“I continued reading because it normalised LGBT people/relationships. I could start reading…” 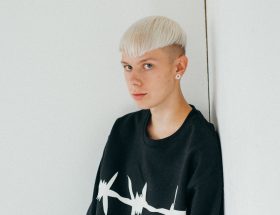