Home OpinionWhy were we so quick to forget about RuPaul’s transmisogyny? 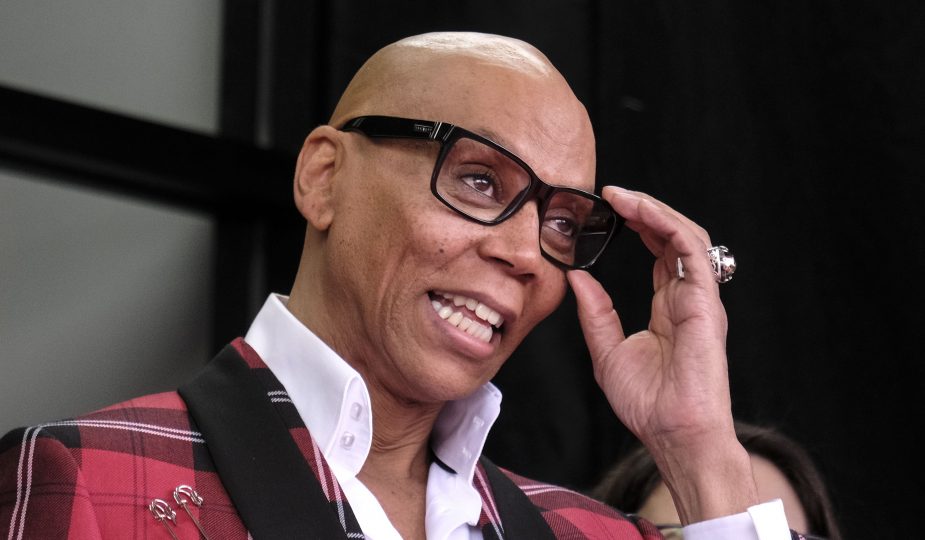 “Drag queens are MEN that dress as caricatures of women”

This is the opinion of a transgender female – but just one opinion of many after the speculation around RuPaul’s comments on trans-competitors on his popular programme, ‘RuPaul’s Drag Race’.

For those of you who do not have social media (in which case, what are you doing with your life?) or, alternatively, have been living under a rock, back in March, RuPaul came under fire after an interview with the Guardian outlined his thoughts on transgender people competing on his programme.

‘How can a transgender woman be a drag queen?’ was the question that sent the Drag Race fandom and social media into meltdown. RuPaul stated drag “isn’t just wearing women’s clothing,” and that it “loses its sense of irony once it is not men doing it.”

Sarah Colbert, 19, who knew she was transgender from a young age, voiced her opinion on the comments:

“If they were to let cis females compete then yes they should let trans people compete too, but as far as I’m concerned, until they do that – it’s set a precedent that only men can compete, and trans-women are not men.”

In the last season of Drag Race, finalist and runner-up Agnes Moore, also known by her stage name Peppermint, was the first contestant on Drag Race to have been openly transgender throughout her time during the programme.

RuPaul commented: “Peppermint didn’t get breast implants until after she left our show; she was identifying as a woman but hadn’t really transitioned.”

When Peppermint auditioned for the programme she already identified as trans, but wore male clothing when out of drag when on the show; she later came out as identifying as a trans female in the middle of the series.

When asked if he would accept a contestant who had transitioned, he hesitated and said: “Probably not. You can identify as a woman and say you’re transitioning, but it changes once you start changing your body.”

These remarks sparked uproar from drag queens, trans-performers, LGBT+ rights activists, and fans of the show – many of whom were upset that RuPaul implied physical characteristics determine gender identity.

Fans questioned how a cisgender man with buttock implants, like previous contestants Detox and Trinity Taylor just to name a few, differs from a transgender contestant with breast implants, like Peppermint. Both types of plastic surgery give the image of a more traditional female body, so if the problem is physically changes with surgery, then why should one determine whether they can do drag and the other not?

RuPaul later added fuel to the fire by tweeting: “You can take performance enhancing drugs and still be an athlete, just not in the Olympics,” which many saw as likening gender reassignment surgery to performance enhancing drugs. This, of course, only made matters worse; it appeared as though he was reinforcing his belief that trans women who have physically begun transitioning should not be able to compete on his show; despite many pre-op trans performers using the show as a platform to launch their careers.

Twitter user @toritouzinsky wrote: “Many queens who have been on your show have struggled w gender identity and many are trans. How disgusting to compare performance enhancing drugs to hormone replacements or other aspects of transitioning. This is incredibly disrespectful.”

Another user @lilbiscachty said: “@RuPaul trans people who need hormone therapy take it to stay happy and STAY ALIVE, not so they can “cheat” on your TV show. As someone who capitalizes on queer culture, and who benefits from the historic labor of trans people, you should be IMMENSELY ashamed of yourself for this.”

Monica Beverly Hillz, a contestant on the fifth season of the show, previously stated that she might not be alive today without drag. Monica has been living as a transgender woman since competing and has openly voiced: “Drag is what I do, trans is who I am. I’ve always been a woman, so what I’ve done to my body or that I hadn’t started hormones while on the show doesn’t take away my identity.

“Our bodies do not equate our identity.”

RuPaul issued an apology on Twitter the following day: “I understand, and regret the hurt that I have caused,” later tweeting: “In the 10 years we’ve been casting Drag Race, the only thing we’ve ever screened for is charisma, uniqueness, nerve and talent and that will never change.”

But the sincerity of the apology was called into question as the tweet included an image of a train landscape flag and not the trans pride flag. Fans put this down to RuPaul searching for ‘trains’ instead of ‘trans’ and saving the first image that came up, leading to outrage. The tweet was deleted after fans responded negatively and the tweet was re-posted with the correct flag.

This isn’t the first time the show has received backlash for its actions. Up to the sixth season, the phrase ‘you’ve got a she-mail’ was used when the queens received a message from RuPaul – a pun on the derogatory term ‘she-male’ to describe a drag queen or transgender person. This term has since been argued as being an outdated and transphobic, with Carmen Carrera – former drag race contestant and Victoria’s Secret model, who is transgender, saying: “‘Shemale’ is an incredibly offensive term, and this whole business about if you can tell whether a woman is biological or not is getting kind of old.”

“We live in a new world where understanding and acceptance are on the rise. Drag Race should be a little smarter about the terms they use and comprehend the fight for respect trans people are facing every minute of today. They should use their platform to educate their viewers truthfully on all facets of drag performance art.”

As a result, the controversial phrase was pulled and replaced in 2014.

Bender spoke exclusively to upcoming performer and drag queen, Yshee Black (pronounced why-is-she black) (I know, we live for the name too) about her thoughts on the drama.

“When I heard about Ru’s comments I wasn’t surprised. The drag community has only recently catapulted into the mainstream over the past seven years. The old queens who have been doing it for 10-15 years+ views are pretty much in line with Ru’s in regards to trans issues,” she said.

“He probably didn’t mean his apology, I think he apologised for the upset he caused but not his opinion; people are quite set in their ways and can’t be that quick to turn around on such a heavy issue. I doubt it was even him tweeting. I’m sure he has his assistant or team to do it.”

“As an artist, you’d expect other artists to be accepting regardless, but that just isn’t the case. I do disagree with his comments, but I also understand where he’s coming from. They’re coming from the past and it’s a shame he didn’t grow up in a privileged society like we are today where our rights are heard, have a platform. Even Ru being in the Guardian to talk about trans issues and Drag Race wouldn’t have happened 10 years ago. We all need to move forward and acknowledge that we’re all the same. As Ru says ‘Everybody say love’.”

Yshee said: “I love to perform and have a laugh, but it has to be through the medium of drag; otherwise I’m just a black man serving you a lip-sync, and the gays need more than that! I do drag to fulfil my need to perform.”

Ratings for the current tenth series of Drag Race are higher than ever, but why is this after RuPaul made such misogynistic comments towards the transgender community?

Yshee told us she didn’t know anyone who had boycotted the show – and didn’t think anyone would ‘just from the comments’.

“Mainstream gays are fickle. Drag Race, despite its faults and Ru’s backward thinking, has posted a massive light on the queer community into the mainstream media and has made drag a symbol. It has shown the people behind the drag.

“It’s ‘normalised’ the drag world to people who didn’t think it was normal, which is amazing. Gay, straight and all in between a like, especially a younger generation around the ages of 14+. I doubt people will ever ‘boycott’ Drag Race.”

Drag Race is about the queens, the queer community and fashion, rather than the host themselves, who in fact has been quoted saying that they only do drag for the show when she gets paid – which is potentially why the fans did not even think about boycotting the show. Either way, it seems that there are multiple opinions on whether transgender people ‘can’ do drag – with no ‘right’ one – which is probably why people accepted his ‘Ru-pology’, and moved on. 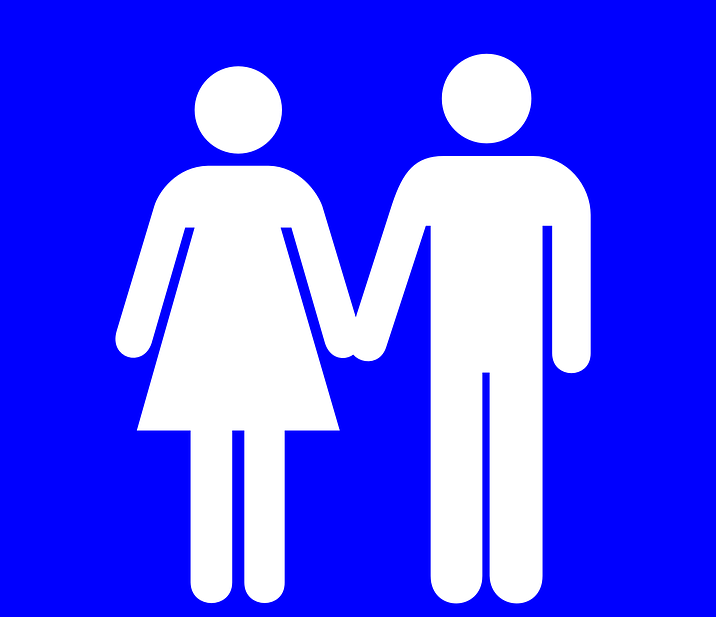 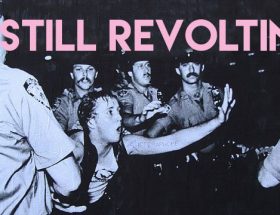 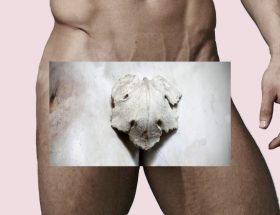